Published in the October edition of Myanmar: All That Matters

Myanmar’s economy is on the rise and tourism is at its highest point in decades, but that alone has done little to help the country’s struggling aviation industry, which experts worry is being hampered by low safety standards and oversaturation in the market brought on by new carriers.

In 2010, just 791,000 tourists came to Myanmar. The Ministry of Hotels and Tourism is targeting as many as 5 million tourists by the end of this year after posting a record 3.5 million tourists and US$1.14 billion dollars in revenue last year. The rise in arrivals and the privatization of the aviation sector has spurred an influx of six new airlines – which now stands at a total of nine – in a country of only a few million fliers.

Realizing the market potential of Southeast Asia’s largest country, Myanmar’s civil aviation authorities have for years sought to upgrade its severely outdated airports, but a lack of regulation in addition to a profit-first mentality adopted by most airlines has resulted in airlines and authorities skirting international safety standards.

Htoo Group’s Air Bagan,which is owned by tycoon U TayZa, was ranked in January by AirlineRatings.com as one of the world’s most dangerous airlines following a number of incidences in recent years, including a fatal crash that killed two people at Heho Airport in Shan state on December 25, 2012.

But they are not the only ones. Many of Myanmar’s magnate-owned airlines have been the subject of minor accidents including Myanma Airlines, Air KBZ and KMA Group chairman U Khin Maung Aye’s Golden Myanmar Airlines.

To make matters worse, many of Myanmar’s 69 airports lack the capacity to follow international practices that would otherwise bolster the industry as the government spends just $12 million a year on maintenance. Among the issues that befall the airports include the absence of modern safety equipment, poor runway conditions, untrained staff and in some cases, air traffic controllers, who still perform their duties on paper.

“Yangon airport has a lot of constraints – the space is inadequate and the building and facilities are old,” said Air KBZ’s U Khin Maung Myint, deputy managing director of Air KBZ.

Air KBZ has a fleet of eight carriers, while most domestic airlines have two or three. It ranked second behind after national carrier Myanmar National Airways in passenger numbers last year. He said that foreigners now make up 46% of Air KBZ’s customers – a dramatic increase since the reform process began in 2011.

Beginning of the end

With the number of new airliners hitting a critical mass last year, profits in the local aviation industry have plummeted and many airlines have already been forced to consolidate their operations by installing code sharing arrangements with other airlines or closing down routes altogether. Golden Myanmar Airlines started operations in 2012 with 15 destinations – including international ones – but by 2015 it had reduced its route to just three destinations.

All routes between Yangon and Chiang Mai have been suspended, whereas 12 months ago at least four airlines, including Thailand’s Nok Air serviced the route.

“People tend to think that the aviation industry is a good move economically, but the reality is that scheduled carriers have a very thin profit margin,” said U KhinMaungMyint.

In mid-August, Air Bagan announced on its Facebook page that it was suspending all flights until repairs were carried out on its fleet of three aircraft.

“We find that business remains tough in Myanmar. There’s no question that it’s an irrational market. Everybody just follows everybody – there’s no real scheduling going on,” said Trevor Jensen, CEO of FMI Air, which is owned by Serge Pun and launched scheduled flights in May 2015.

Despite the growing number of foreign tourists flying throughout Myanmar, mergers and acquisitions are both necessary for the sector to once again become profitable, said FMI Air’s Mr. Jensen.

He added that the majority of foreign fliers are mostly wealthy or on business, while the low-income segment has yet to make an impact in the otherwise expensive Myanmar market place.

There is some light on the horizon though, with several carriers, including Myanmar National Airways, Air Mandalay, FMI Air and Myanmar Airways International purchasing new aircraft – the latter inked a deal to lease 10 Boeings from GE Capital Aviation Services in February, with the first delivered in June.

The need for action

With the airlines struggling to survive, Myanmar faces another major challenge as it appears little will be done to repair most of its badly outdated airports despite promises that the government would handle the situation.

In late 2013, DCA announced that it would privatize at least 30 of Myanmar’s airports, however,that program has been delayed until at least the end of 2015 as it is necessary to focus on developing and upgrading airport projects in Mandalay and Yangon, said U Win Swe Tun.

In the meantime, FMI Air is trying to offer its customers a better flying experience by providing lounges at each airport it flies to. So far it has lounges in Yangon and Nay Pyi Taw and is in talks with Mandalay’s new management.

“The airport in Sittwe [Rakhine State] is nothing more than a shed really – there’s nothing we can do there. So we’ve bought  a really nice property in the centre of town which we’ll open as a lounge, ticket sales office and coffee shop and we’ll provide a shuttle service to the airport,” said Mark Turner, director of customer experience at FMI Air.

The recent announcement that $1.4 billion Hanthawaddy International Airport project in Bago has been delayed again, this time to 2022, has disappointed many.

The idea of constructing the country’s biggest airport was first conceived in the nineties but put on ice until 2004. When discussions resumed in 2013, officials said it would be ready by 2016. However talks with the original tender winner, a Singapore-led consortium,and DCA stalled in early 2014. DCA has since pushed back the opening date from December 2019 to 2022, with state media reporting on August 28 that there have been hold-ups in obtaining Official Development Assistance (ODA) loans to spend on the $1.4 billion project.

DCA’s deputy director confirmed that more time is needed to complete negotiations about securing ODA. There have been murmurs that some feel that the location of Bago, which is 80 kilometers from Yangon, is off-putting to some.

“People often say that Bago is too far from Yangon, but with improved infrastructure, such as the planned elevated road, or a high speed train, it will be convenient,” U Khin Maung Myint said.

He was also upbeat about the delay.

“There’s a lot of mumbling during the planning stage: but when it comes to construction, things will move quickly.”

Light at the end of the tunnel

Still, not all of Myanmar’s airport projects have failed. Yangon’s domestic terminal will double in size and is expected to be completed by mid-2016, while a consortium called Pioneer Aerodrome Services, which is a subsidiary of Stephen Law’s conglomerate Asia World, was selected in August 2013 to expand the international airport’s capacity from 2.7 million to 6 million passengers a year by 2015.

Mandalay International Airport is also slated for an upgrade and will become the country’s foremost cargo hub when the upgrade is completed next year, said U Ne Win of DCA.

He said that safety standards are also likely to improve when ASEAN’s ‘Open Sky Policy’ comes into effect later this year, establishing a regional safety authority that is modeled on the EU’s Aviation Safety Authority.

“We are still having discussions on most issues. It took the EU nearly 20 years to develop its single market. We are at the inception stage, so we need some time,” he said.

What is more, slight upgrades in domestic airline services have also begun to take hold over the past year as some are now offer online flight bookings, while the country’s first airfare aggregate website launched in June.

Flymya.com founder Mike Than Tun Win said that 95% of purchases are made by foreigners, which signals that there is a market eager to explore new growth in Myanmar’s aviation sector and that greater competition will raise service standards and offer more to what could only be described as disillusioned consumers.

“Airlines services offered in Myanmar are very similar and the routes are the same, therefore airline prices do not vary significantly. However, travelers do tend to want to look for the lowest price possible,” he said. 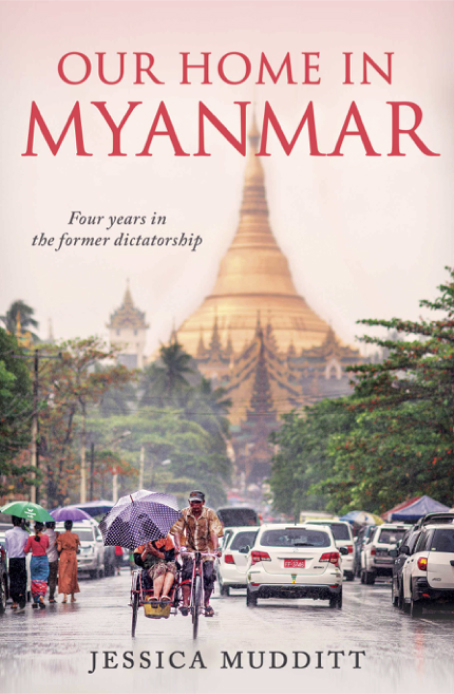 Myanmar – shrouded in mystery, misunderstood and isolated for half  a century.

“I squeezed Sherpa’s hand one last time before reluctantly letting go. Our eyes locked for a second and we mouthed a quick “I love you” – the most affection it was appropriate to show in the conservative Buddhist country. I wanted to run a hand through his mop of curly black hair but he was already walking away from me.”