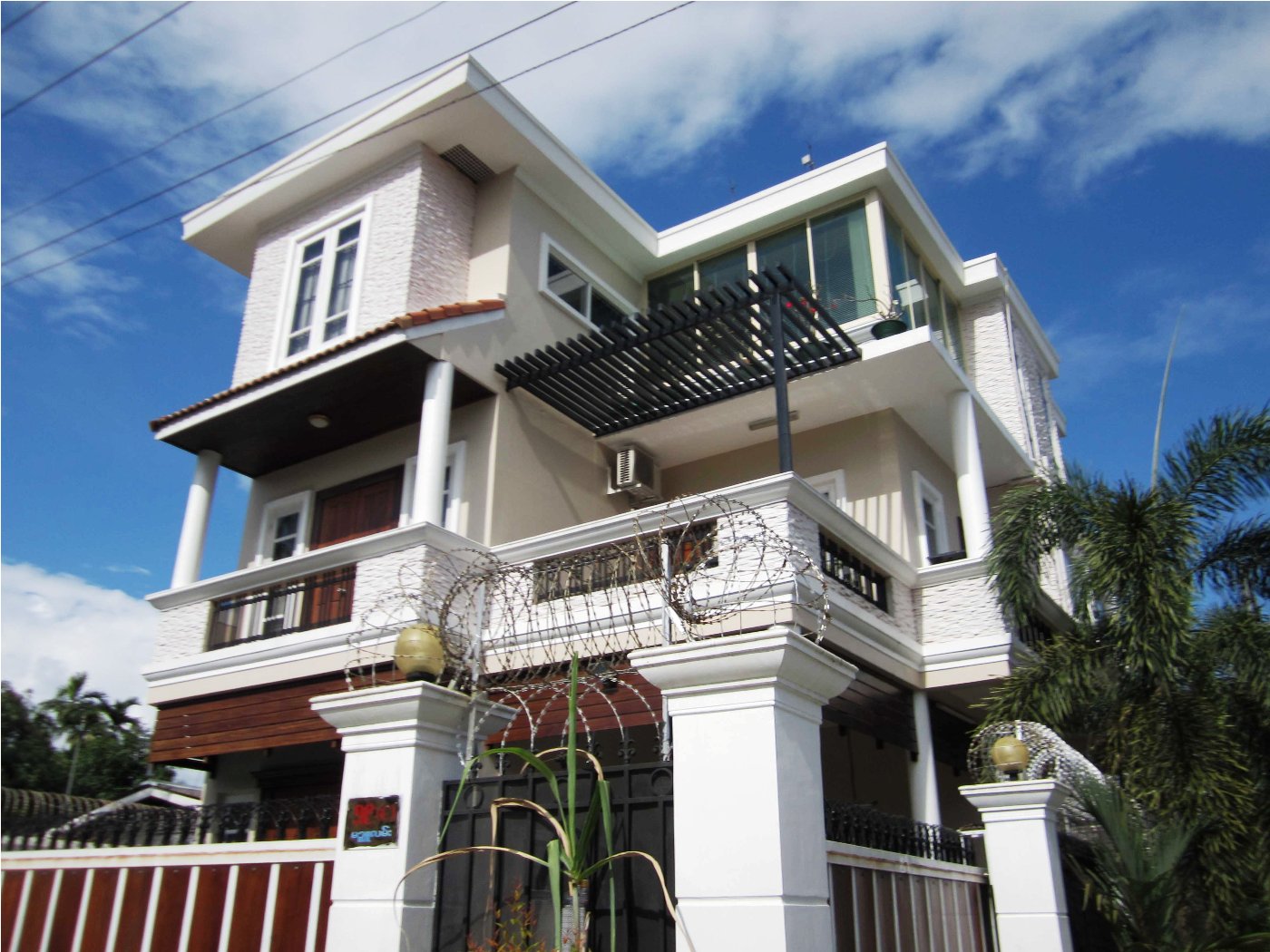 It’s hard to find a bargain in Yangon’s rental market. In fact it’s probably safer to assume that you won’t, because prices have skyrocketed with the influx of expats and international businesses setting up shop. At one point, things got so out of control that prices in several townships were on a par with New York City. Fortunately, as supply is catching up with demand, the situation is improving. And things will only get better, as thousands of condo units will soon be on the market.

However many quirks remain in Yangon’s real estate market. As someone who has lived in two houses and one apartment over the course of three-and-a-half years, I’ve compiled a list of tips aimed at improving your chances of being happy in your chosen abode.

‘For Rent’ signs don’t appear out the front of properties in Myanmar, which makes it impossible to scour a neighbourhood or a particular street that appeals. The reason for the lack of signage is due to the highly competitive and unregulated market for real estate agents and brokers – neither of whom require a licence to operate.

“Putting a sign up would draw attention to the fact that a property is available and agents want to do the best job they can without other agents and brokers cutting in on the deal. Also, the owner of a vacant property would be inundated with calls from agents and brokers claiming to have prospective tenants. It would make the situation very messy, which is why there is a hush-hush attitude towards it,” said a real estate player who declined to be named.

However due to a lack of education among agents, for whom internet listings is a relatively new concept, properties listed on online search engines such as house.com.mm are often merely for show. Don’t spend too much time weighing up one versus another – it’s better to click on a dozen or so, regardless of price or location (or appearance). The benefit of using the website is that it connects you with various agents, who most often will follow up promptly with a call to ask questions such as “Which townships do you prefer?”, “How many bedrooms?” (note – don’t get excited by the idea of a four bedroom place: flimsy partitions are often used to carve up additional rooms which are teeny-tiny), “How many square feet?”, “What is your budget?” and “Are you looking for furnished or unfurnished?” Not once has a reference been made to a specific property I was interested in viewing on house.com.mm.

Tip 2: Use a variety of different agents

Some agents are better than others so it’s best to try as many as possible. My husband and I have been shown the exact same apartment by different agents and were quoted significantly different prices. This isn’t uncommon. Furthermore, agents may disregard your stated criteria despite answering the aforementioned questions. You’ll likely be taken to three or four different properties to view and if one or more is wildly beyond your budget or other stated requirements, it may be a sign that the agent will lead you on further wild goose chases. Many agents are savvy and know a good deal when they see it – ask them if they have any ‘special’ properties worth viewing.

Most landlords in Myanmar begin with a ‘calling price’ – that is, the optimum amount they’re seeking, which is cheekily above market value (even for Yangon). Ask the agent about how willing the landlord is to negotiate: you may very well get it for significantly less. Ask your agent to do the bidding for you and offer a price much less than what you’d actually be willing to pay: most of the time you’ll meet somewhere in the middle.

‘Knowing your landlord’ doesn’t mean building a personal friendship: it’s about assessing their character and the likelihood of them carrying out any necessary maintenance, as well as sticking to their end of the deal (I knew a couple who spent a significant amount of money renovating a very basic flat and were subsequently kicked out of it after their landlord paid a visit and noticed the improvements). Landlords that are agreeable to installing the odd air-conditioning unit or repairing a broken fence prior to you moving in are better than those who possess a ‘take it or leave it’ approach. For example, when our front fence keeled over during a particularly heavy monsoon drenching, our landlady blamed its collapse on a shrub we’d planted and refused to pay for repairs. We had to go to our local YCDC office to lodge a complaint – she caved in but dragged out repairs for more than two weeks (this was tough on our dog, who had to stay inside or in the garage until it was safe for her to play outside). If a potential landlord is willing to negotiate fairly on the calling price, that’s another good sign.

As Robin Aung Saw Naing, Managing Director of Pronto Services said, “Sometimes owners pull rental prices out of the air – it can be a question of individual greed.” Be wary of landlords who ask inappropriate questions, such as how many male or female friends you have or what your religion is. They may prove intrusive.

Tip 5: Test  everything before signing anything

Many properties are poorly maintained – or were constructed on the thinnest of budgets. When inspecting a property, don’t be shy about testing everything from water pressure (both toilets and taps) and whether windows and doors close smoothly or with a loud creak – and make sure you inspect properties during the daylight hours to make sure there is adequate natural light. It may even be worthwhile hiring the services of TYW & Associates Plumbing (Phone: 092500 66172), who can carry out checks on voltage stability, individual electrical units and plumbing systems. We failed to do so and spent a year in a house that couldn’t accommodate more than one AC at a time and got electric shocks from kitchen appliances (those same appliances work perfectly in our new place). If a monastery is located nearby, you may also need to consider the possibility of chanting that can last through the night.

Tip 6: Do you really want to live in a house?

Having a yard is a wonderful thing, as is the privacy most houses afford. However the constant upkeep of a house can be monumentally challenging if your agent or landlord is hands-off (which is more common than not). It can involve manually turning on water tanks (the supply of water itself can be inconsistent), slipping on concrete yards, curbing the growth of weeds and grass in the rainy season and encountering the occasional rat or snake – not to mention a countless number of potential infrastructural problems. That said, apartments aren’t necessarily going to cause less headaches, though they do seem likely to. My friend Nathalie recently discovered that the plumbing problems in her apartment were caused by a banyan tree growing inside the pipes… True story.

While bleach can counter the slipperiness of a concrete yard (which can knock a motorbike sideways as I can testify), direct contact with it (especially for pets) is harmful. Furthermore, the true colours of a house tend not to be revealed until the monsoon season hits. Mould is a health hazard (which is not to say it doesn’t sprout in apartments) and leaking roofs can damage your furniture and peace of mind. While it’s hard to predict what may or may not happen in advance, it’s worth asking the landlord about how recently a home was rain-proofed.

Yangon is highly unusual in that it is only one of two cities (the other being Jakarta) where a year’s rent is required to be paid upfront in full. The deposits itself is negligible though. While many landlords are nowadays amenable to the idea of paying six or even three-month installments, the risk of signing a six month lease is that the rent is likely to be hiked up when the time comes to sign a new lease. Some landlords will offer a reduced monthly rent fee if 12 months is in paid in full at the beginning. It’s definitely worth asking about a possible discount if you can front up a year’s rent in advance. Fortunately, the vast majority of landlords will not evict a tenant and sub-leasing is permissible should you need to leave the country sooner than planned. However the responsibility of making such arrangements is entirely up to the tenant and I’ve heard stories of landlords demanding that the sub-lessee pay a higher rate (that’s just naked greed!). The Google group Yangon Expat Connection is a useful means of finding people looking for a short-term stay (that they could later extend with the landlord), however  rental prices advertised by brokers and agents on YEC tend to be over-priced and are thus best avoided.

The three months of Buddhist Lent, which begins in mid-July, is a tricky time to move as there is a deeply held belief in Myanmar that undertaking property dealings during this period results in bad luck. Thus, choices become limited.

The upside is that those properties which are listed on the market are likely to be something of a bargain, as inquiries will be few and far between. Another upside is that you can assess a property’s resilience to the rainy season!

Pathway Moving Services offers a premium moving service that includes having at least one English speaker on the job. The company is owned by an American husband and wife, who will drop off cardboard boxes and packing tape to your door step and will provide a quote based on the amount of furniture that needs to be moved (and the distance between the two homes). There’s even a packing and unpacking service, which is a great option for busy parents with small children. While cheaper moving services certainly exist, there’s a fairly big risk of damage being caused to either your belongings or your current or former abode as workers tend to rush things.

Tip 10: Invest as much time as possible

Moving is incredibly stressful – as is the process of finding a new home. However worst of all is coming home to an apartment or house that you detest. Your wellbeing will suffer and no doubt, your work productivity will too. Start house-hunting at least a couple of months in advance of your actual move date and be prepared to sacrifice many a weekend doing so. There are some abysmally bad places to live in Yangon, but there are also some spectacular ones. The more time and energy you invest, the more likely you are to feel content and at ease in your new home in Yangon.