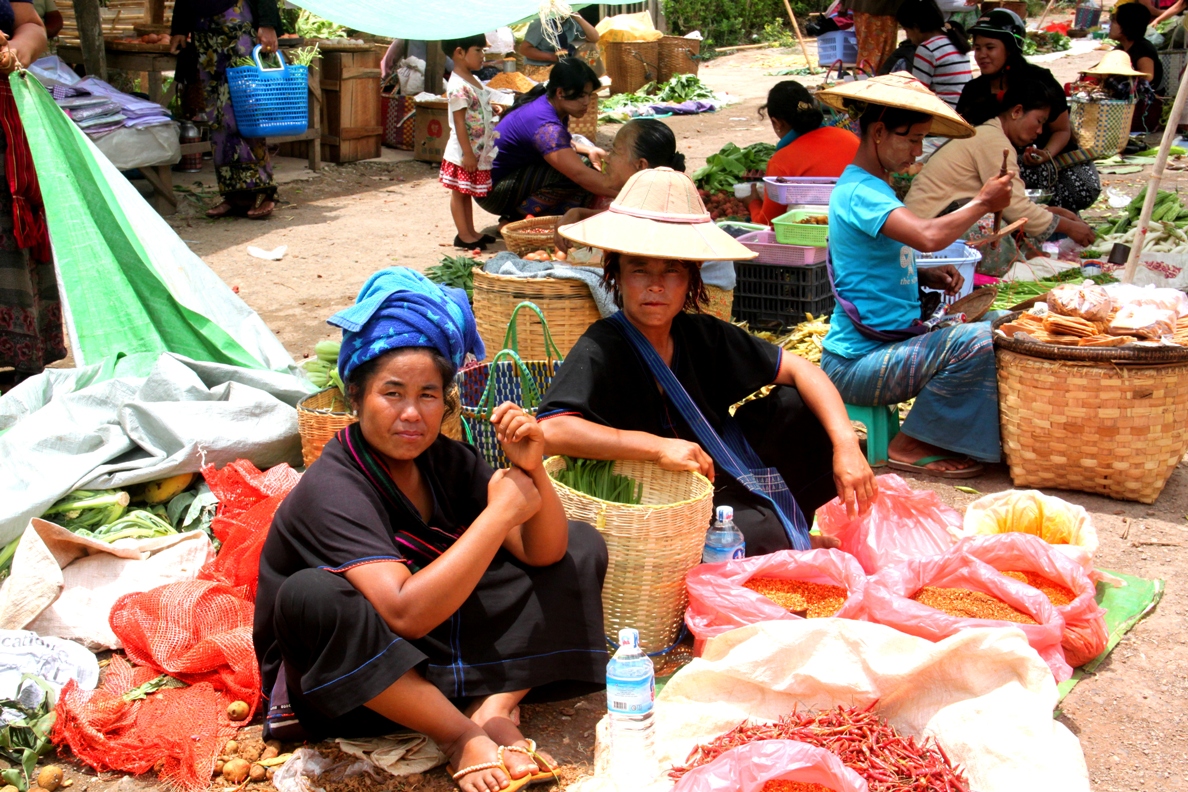 Published in The Global New Light of Myanmar on 19 November

While Inle Lake and Bagan may be better known to foreign tourists in Myanmar, the former British hill station of Kalaw in western Shan State is getting an increasing number of rave reviews.

Dutch tourist Joost Van Der Velden told The Global New Light of Myanmar that the three-day trek he did from Kalaw to Inle Lake was the highlight of his month-long visit to Myanmar.

“It was an amazing experience – it was the best thing I did,” the 23-year-old said while sipping a Myanmar beer at Yangon’s Motherland Inn 2 Guesthouse on the evening before he flew home.

According to data from the Ministry of Hotels and Tourism, a significant number of tourists are seeking out the pleasures of Kalaw – which include a temperate climate, forest pines, a gaggle of colonial buildings and diverse cuisine. Between January and October 2015, almost 13,000 foreign tourists visited the area.  A few years ago, the number would have been but a fraction of that (as admittedly would have been the case everywhere) – however with the latest edition of Lonely Planet (2014) rating Kalaw as one of the country’s highlights, it seems certain to attract an increasing stream of curious visitors.

Mr Van Der Velden was travelling solo through Myanmar but he was among a group of five trekkers – three of whom were also foreign tourists, plus a guide called Uncle Sam of Uncle Sam’s Treks, which is a family-run company based in Kalaw.

The three-day trek includes six hours of trekking on the first day, followed by seven hours on the second – and it’s literally all downhill from there, Mr Van Der Velden said.

While it may sound like a lot of legwork, Mr Van Der Velden insisted that the terrain isn’t too tough.

“You don’t need to be super-fit or anything to do it – a regular person could do it, as it’s never particularly steep. The landscape is amazing and the views are beautiful – particularly on the third day, as Inle Lake comes into view.”

Kalaw is the only place in Myanmar where foreigners are permitted to do overnight treks. Uncle Sam’s Treks arranges for guests to spend two nights in villages inhabited by different ethnic minority groups, which in the region include the Palaung, Danu, Pa-O, Taung Yo and Danaw tribes.

“Uncle Sam was the sweetest, most gentle guy. He’s quite old, I guess. He said to us, ‘Please stop to enjoy what the locals say and hear their stories,” Mr Van Der Velden said.

Although the Dutch tourist was uncertain which tribal group he’d stayed with, he said the food was delicious and the thanaka on the children was “very sweet.”

However he said one aspect of the trip – which included accommodation and meals and cost just K38,000 – was somewhat disappointing.

“The countryside in Kalaw is very different from the Netherlands, where it’s very flat. I’d really wanted to see a snake as I’ve never seen one before. Unfortunately that didn’t happen,” he said with a shrug.

After arriving in Inle Lake by boat, Mr Van Der Velden caught the bus to Bagan.

“Bagan is already a bit too touristy. The trek was authentic. Mandalay? That was my least favourite place – it’s humid, crowded, a bit dirty and it’s hard to find a good restaurant. Although Yangon is a big city, the people are really friendly and were so helpful to me whenever I got lost,” he said.

For those who still remain opposed to the idea of trekking and sleeping in basic surrounds – or are simply time poor – visiting Kalaw as a day trip from the Shan State capital of Taunggyi is perfectly possible. I set off at around 10am and was ready to catch my flight back to Yangon from Heho airport by 5pm that same day.

My guide and driver was Ko Japan, who charged K60,000 for a day of sightseeing in the comforts of his air-conditioned saloon (which in retrospect, seems a bit pricey). Incidentally, Ko Japan nicknamed himself after his favourite country – though his dream of visiting Japan is yet to materialise. He drove carefully and wasn’t a chatterer, but boy did he have a couple of great tales.

“Back in the sixties – I’m not sure which year exactly – the Russians built a new hospital in Shan State. They gave it to Myanmar as a gift and even staffed it with Russian doctors. One day, the doctors got a call saying that some very important soldiers in Myanmar’s army had fallen ill.

Of course the Russian doctors went there without delay – and all four were kidnapped by a Shan rebel group who were dressed as government military personnel. The rebel group said they would release the doctors if their warlord was freed from prison after being arrested by government police. After about a month, the warlord was released from prison and the Russians were freed. They went back to their country after that.”

Coincidentally, on the day I travelled to Kalaw, a pair of bandits were on the loose after escaping from police in a style not dissimilar to a Hollywood Western. After being sentenced for drug trafficking the day before, the two men were being driven in a police van to the cells that awaited them. The vehicle was ambushed by members of their gang brandishing weapons and the police had no choice but to set them free or risk losing their lives.

Police checks lined the roads every few kilometers or so (which were lined by an outrageous number of Ooredoo and Telenor posters), although Ko Japan told me he suspected the duo had already made it over the border to Thailand.

When I looked at him incredulously, he said: “It would take a long time [to reach Thailand] by road, but though the jungle it’s not far at all,” he said.

We stopped by the side of the road as our timing coincided with the passing of a train across a bridge. We could hear the diesel train chugging for minutes before it came into view from a side bend and may its way across a skinny bridge surrounded by lush jungle.

“It has to be the world’s slowest train,” muttered Ko Japan.

His comment seems fair – the journey from Yangon to Mandalay takes a full 24 hours. For some it’s the only viable route if they cannot afford to fork out on a more costly bus ticket.

As soon as we arrived in Kalaw, I went camera-in-hand to the central market, which teems with life and colour. Live eels squiggled on wood-worn tables, chunks of meat were diced into tiny pieces by women dexterously wielding machetes, and the array of spices, flowers and fresh produce was mind-boggling.

I strolled around the pretty and quaint streets for 45 minutes or so before my appetite got the better of me and I returned to Ko Japan’s car. On my request, he dropped me out of the front of Everest Nepali Restaurant – which is right opposite Uncle Sam’s Treks (which also has a restaurant).

The restaurant isn’t as out of place as it sounds. Kalaw was founded as a hill station by British civil servants fleeing the heat of the plains during colonial rule, and while the Brits may have left, there remain a significant number of Nepali Gurkas and Indian Hindus, Sikhs and Muslims, who were brought to Kalaw to build  roads and the railway line during the British colonial era (which ended in 1948 when Myanmar regained independence). Fortunately, their culinary traditions have been well kept, with recipes handed down from generation to generation. I had high hopes for my meal as I’d been to Everest’s ‘sister’ restaurant in the tourist town of Nyaung U in Inle Lake. In short, it certainly didn’t disappoint, although the décor could have done with a few less buckets of bright orange paint. Or perhaps it was right on the mark, as my lasting impression of my fleeting visit to Kalaw is one big riot of colour.