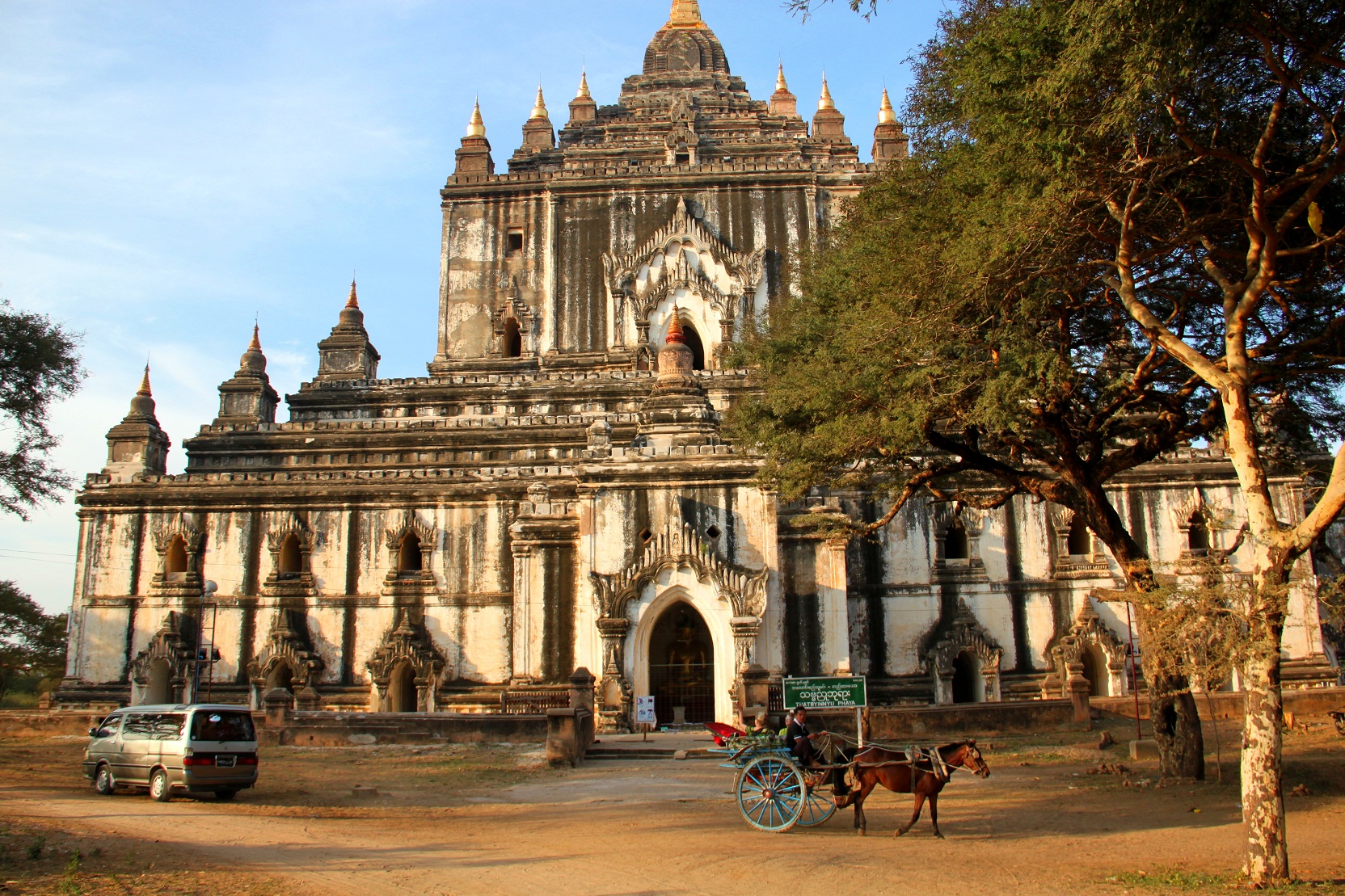 It takes a bold restaurateur to put potential profits on the line by pledging “No good, no pay” for every meal served. Yet it’s also a very clever marketing strategy that makes Aroma (2) stand out from the rest of the restaurants in Bagan’s tourist hot spot of Nyaung U – which is no easy feat. As Mizzima Business Weekly discovered, competition is fierce along “Restaurant Street” (a.k.a. Yarrkinnthar Street) and consumer loyalty is extremely difficult (if not impossible) to maintain, as most diners are tourists that flit in and out to see Bagan’s temples, likely never to be seen again.

Hence the owner of Aroma (2), Rajendura Kumar (who simply goes by Mr Raju), believes that his food is so good that his greatest challenge is getting people to try it. When asked why he feels it necessary to make such a commitment to his customers, he almost seemed surprised by the question.

“How else will people know that my food is good?” he said earnestly.

That’s why “No good, no pay” is written in large letters on the signs outside, and the mantra has been translated into more than 50 languages on the back of the menu, just to be sure everyone understands the deal.

Only three diners have ever refused to pay for their meals at Aroma (2) since it opened in 2005. The first was a stingy backpacker who claimed to have left his wallet in his hotel, only to run off the following day when he bumped into Mr Raju at the local market. One lady simply refused and left on the premise that the food contained MSG (it doesn’t), and a local woman claimed the next day that she got sick – and called the police. Mr Raju had to pay the woman a fine, despite describing in detail to police how well he maintains hygiene and that it simply wasn’t possible to have made someone sick. He looked pained at he described the past encounter. Nonetheless, the fact that such incidents have been so rare is a stellar achievement on the part of this family-run restaurant, and proof that the food is made with love and served with pride. Further evidence of Aroma (2’s) merits lies in the fact that it remains the top choice for a meal in Nyaung U in Lonely Planet – it’s been recommended in every edition of the guidebook for the past nine years.

Aroma (2) is one of the few places in Nyaung U that doesn’t take a shot at serving multi-cuisines; most of the other restaurant signboards decry a choice of Indian, Chinese, Thai, Western, Italian and of course, Burmese. Depending on your perspective, these signboards could actually sow seeds of doubt in a potential diner’s mind about whether it’s a case of being “a jack of all trades but a master of none” type of place. Thus it was with some surprise that at two other restaurants further up Restaurant Street, the Indian food served was actually extremely good. The meals definitely didn’t lack authenticity – and one restaurant had the same delicious condiments, albeit offered in tiny serves, as at Aroma (2).

However Mr Raju feels very bitter towards one of these restaurants in particular because he claims that its owner dined at Aroma (2) every day for a week after it opened, expressing a professed interest in Indian cuisine. Mr Raju told the owner all that’s contained in the meals and how Indian food is prepared, and he was staggered to find his dishes replicated at the other restaurant shortly afterwards.

“Another mistake I made was to close Aroma (2) to help out my wife with Aroma (1) in Inle Lake during the low tourist season in Bagan. By the time I came back, a bunch of places offering Indian had opened,” he lamented.

Nonetheless, Aroma (2) boldly claims to be “Number One” for Indian food in Myanmar, and it certainly outranks any Indian I’ve ever tasted outside of India itself – even Yangon’s Coriander Leaf (whose prices are about double that of Aroma (2’s). There’s no longer an Aroma at Inle Lake because the family closed it down so as to be able to live together.

Customers who have fallen in love with Aroma 2 in days past have designed cartoons for the signboards and menus that depict the “before and after” eating experience. One such cartoon depicts a “normal” stick figure arriving for a meal and being carried out with a bulging belly in the back of a trishaw. I heard Mr Raju’s son, a waiter, gently telling another diner – with a definite twinkle in his eye – to “take it gently”.

Mr Raju said that other diners have helped to refine his initially very broad menu to include a selection of the greatest Indian classics, such as tandoori chicken. He is constantly on the lookout for suggestions to improve the dining experience and although busy, he’s clearly happy to chat away with customers, including the balloon pilots, who are some of his regulars. And if you’d curious about what it’s like to actually live in Bagan as a local, get the lowdown from Mr Raju’s bubbly daughter Chadni, who waits on the tables (“The low season is incredibly boring because there’s nothing to do without the tourists here…”)

Meals begin with massive, melt-in-your-mouth poppadums, followed by the plain, potato or garlic naans and chapatti, which accompany the authentic flavours contained in northern Indian dishes such as tikka masala. The amount of spice in the curries will be tailor-made according to your individual preference. Then there’s the refreshing raitha (a mix of curd and cucumber) and no less than six complimentary chutneys, including tamarind and mint. Obviously it’s not obligatory to have as much food as this, but if you have any sense, you will – and it will cost around $30 for two people to eat like kings.

Aroma (2) boasts a small bridge as an entrance-way to the open air restaurants and a warm glow is cast over diners at night with attractive lamps. Beer is served icy cold. However the table arrangement is perhaps a little too cosy, which means that other diners’ conversations are easily overheard, as are your own. Whilst this can be a little awkward, it made it possible to confirm that other diners appeared to be in raptures over their meals on the two evenings I dined at Aroma (2). Expect to hear a lot of happy sighs.