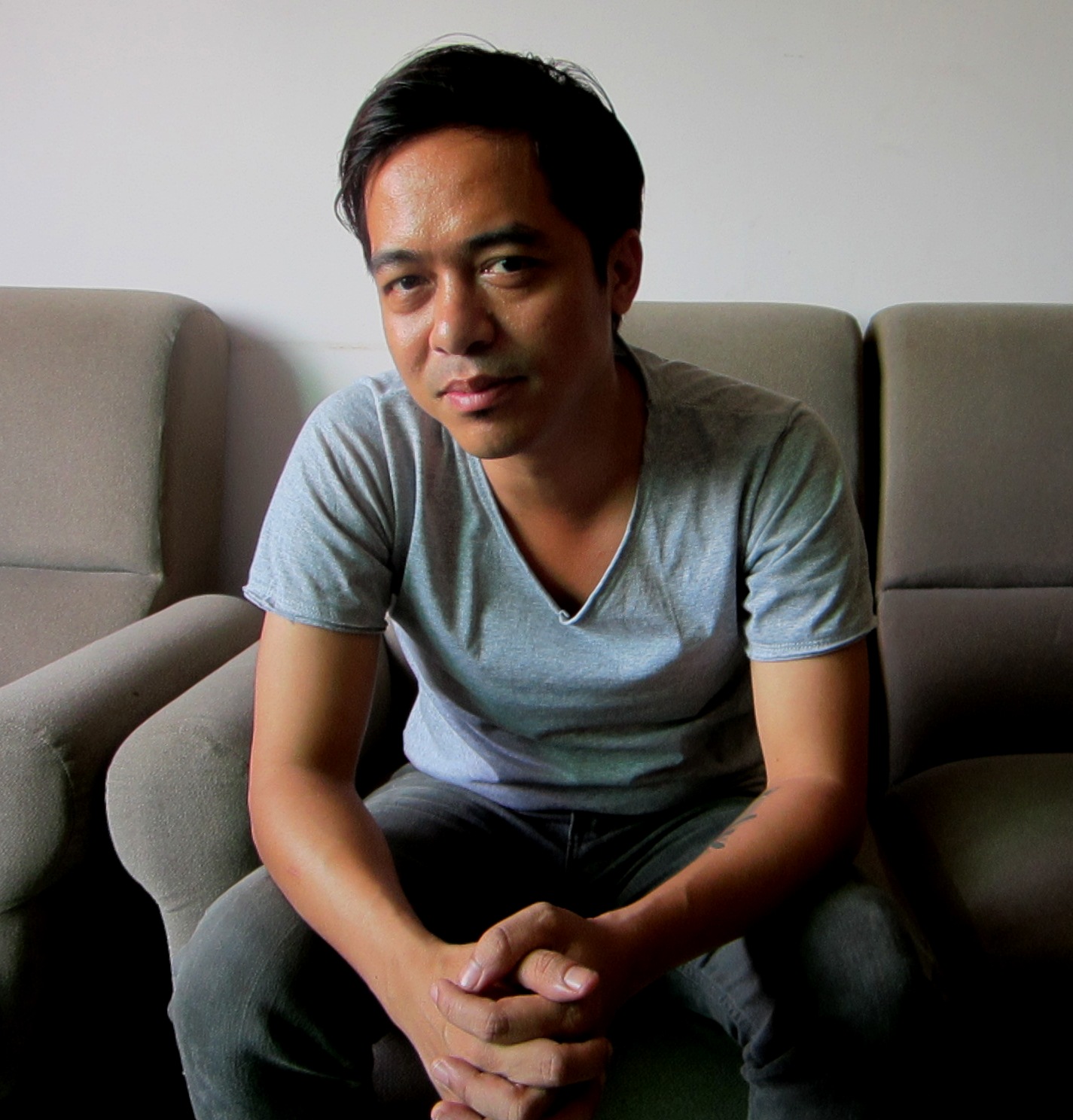 Side Effect’s vocalist and lyricist Darko C. talks to Mizzima Business Weekly about Myanmar’s fledgling indie music scene and the ongoing challenges he faces as a musician.

When was Side Effect formed and when did you first become interested in being a musician?

I started the band back in 2004 and we currently have four members – myself as vocalist and on guitar, Tser Htoo on drums, Eaiddhi on guitar and Hein Lwin on bass.

I learned to play acoustic guitar when I was in seventh grade, which was a very typical thing to do. I think almost every Burmese boy can play guitar. When I was a kid I used to listen to local rock music – it was all cover songs and I loved them, but when I grew up and started to listen to bands from Europe and America I started to notice there was a difference, that original compositions are much more important than covers.

When you make music it’s real. There’s passion. A cover singer might sing a song in the same way as the original but there’s always something missing because they didn’t write the lyrics. What I love about music is that it’s an art form – you can do whatever you want. I could write a song with just one, two or three cords but it doesn’t mean that song isn’t as good as those from the West. I found that I loved writing songs, though I wrote many shitty ones in the beginning.

Another thing is that when you say that you’re in a band in Myanmar, people have this picture in their minds of a group of musicians who perform for a singer. “Ok, who is the singer?” they’ll ask. That’s because musicians are usually hired on a one-off basis to perform for the singer. But the bands I love are a group that plays its own songs in own its style. But this is what makes it’s so hard for Side Effect to be recognised locally.

Side Effect played at the same concert as Franz Ferdinand in Malaysia – surely you’re being modest?

No, we really aren’t well known in Myanmar. Among expats, we are – the other day I was at a hair salon and the guy working there said, “Oh yeah, Side Effect – they’re the band that’s popular with foreigners.” But if you ask most locals, they wouldn’t have heard of us. I think that only those who don’t like popular Myanmar music would probably like Side Effect. That’s why Citymart doesn’t sell our CDs – because we’re not best sellers.

We’re not stupid, but we’ve been very stubborn about not following other’s paths. We’re doing things differently – trying to be a real band by only performing original songs, no matter what. Of course we’re happy if people appreciate our music but we don’t mind if people don’t like us. It’s the music we love and we’re expressing ourselves the way we want to as artists. My friends with successful bands told me to make the sort of music that people want to hear and then I’ll be free to do whatever I want once I’m famous. But for me, respect is more important than popularity or fame. I always tell people not just what Side Effect is doing but what we’re not doing. That’s important too.

What’s an example of a song that wasn’t popular among mainstream music fans?

Well politics in general isn’t popular. Songs can be happy, sad or even angry, but people simply aren’t used to political songs, to songs with a message. People think it’s dirty – there’s a perception that music and art should be pure.

We have a song with English lyrics called Meikhtila, which is about the violence that happened there. The first line – which just came to me in English, is “Look what you’ve done.” That was a message to those who started the violence and spread religious hatred.

Anyway, before we played the song at a gig at Tamwe Bowling Alley, I explained to the Burmese crowd what it was about and why we don’t hate people just because of their religion – but that we hate people who are bad and racist, no matter what religion they are. The next day, I saw on Facebook that one of our fans had posted something on his wall like, “Side Effect said weird things last night that don’t connect with the music.” I was like, “What???” But we don’t care because we are trying to express ourselves.

Is it easier to express yourself now that censorship has been lifted?

Yes – getting our lyrics through the censorship board was difficult. I knew what kind of lyrics had been censored in the past, so when I was trying to write songs, I already knew what would happen. I was censoring myself.

It was very predictable in terms of what would and wouldn’t get through – most of the time. The most sensitive stuff was obviously political and swearing wasn’t allowed.

The trickiest rules were those which were meant to protect traditional Burmese values or society. I couldn’t write about something like smuggling, which is commonplace in our society. The government didn’t want a song that acknowledged that – everything had to be positive.

There’s a song on our next album which doesn’t have a fixed title yet, but it will be something like “New Outfit.” It’s about the feeling I get that nothing has really changed in terms of politics – just the outfits have. We can still smell the dictatorship.

What other issues do you write songs about?

Apart from the current political situation, I mostly write about personal freedom. Young people are pushed into conformity, so I stand for the young people by saying, “Do what you want and don’t be afraid of being different.”  Being a free thinker isn’t yet appreciated in Myanmar.

I wrote another song called “Lonesome Yangon Blues” which is about the feeling we had living in Yangon – time passes really slowly here. You can’t do much during the day and you can’t make many plans… For example, trying to set up a concert is very unpredictable because you don’t know if you will get the permit. The process has actually become more complicated now and that’s a problem. It takes between two weeks to a month and you need to go to six different offices to arrange it, regardless of whether the concert is big or small.

Is there any way around that?

In the past we often chose to do free shows because they didn’t require a permit, unlike ticketed concerts. But now we have to get a permit for every type of performance so it’s very hard to make any money. When we played a free show at Kandawgyi Lake about nine months ago, I broke my foot on stage while jumping. My mind was kind of wild.

A permit costs about K200,000 and it’s not legal money. Getting permission from the township authority is the worst. An official there said to me that an extension was being built in the back, and asked if I wanted to make a donation. I said sure, and gave him K 20,000 and he said, “People normally pay K100,000.” I apologised and said I didn’t have that much and he told me to come back the next day with more money. He didn’t give me the papers I needed. The Myanmar Music Association isn’t really helping with this stuff – in fact we also have to pay them to set up a concert.

Tell us about your tour through Europe last July.

We played seven gigs in Denmark and Germany and recorded an album in France. In Berlin we played in front of 20,000 people and it was great – the crowd was dancing all through the sets. They didn’t know what we were singing about when we performed in Burmese, but they seemed to really enjoy our music. We even saw some of our fans in Berlin, who had come to our gig there in 2012!

The main reason we went was because Germany’s most famous punk band, Die Arzte, invited us to come and they arranged for a booking agency to pay for our flights and performances, which was amazing.

Our manager Daniel Gelfer arranged for us to extend the trip by playing more gigs – we played three in Denmark and four in Germany. We also spent six days recording eight songs from our upcoming album in Normandy, France. We recorded it in a studio called The Digital Factory, which is owned by the director of The Lady, Luc Besson. I met him when he came to Myanmar right after the film was released and he offered his studio to us free of charge. And he kept his promise, three years later.

It was so different from recording in a studio in Myanmar – here, what you see is what you get in terms of the instruments available. We rely on studios to provide the instruments and equipment but there’s often no choice about the drums, guitars amplifiers and so forth. The instruments and amps are what defines the tone and sound of music, so ultimately things turn out differently from what we want to create.  Studios in Myanmar are also really small – often the studio is so small that the drums and guitar are played in separate rooms. In Normandy we were able to choose the exact equipment we wanted to use and it was really professional.

When will your third album be released and what will it be called?

We haven’t come up with a title for it yet – it was meant to be released early this year but it won’t be until around June. As we only had six days to record in France, we still need to record some extra back-up vocals. We’re also going to include three tracks played live in Berlin – so it will be an album made in France, Germany and Myanmar, which is great.