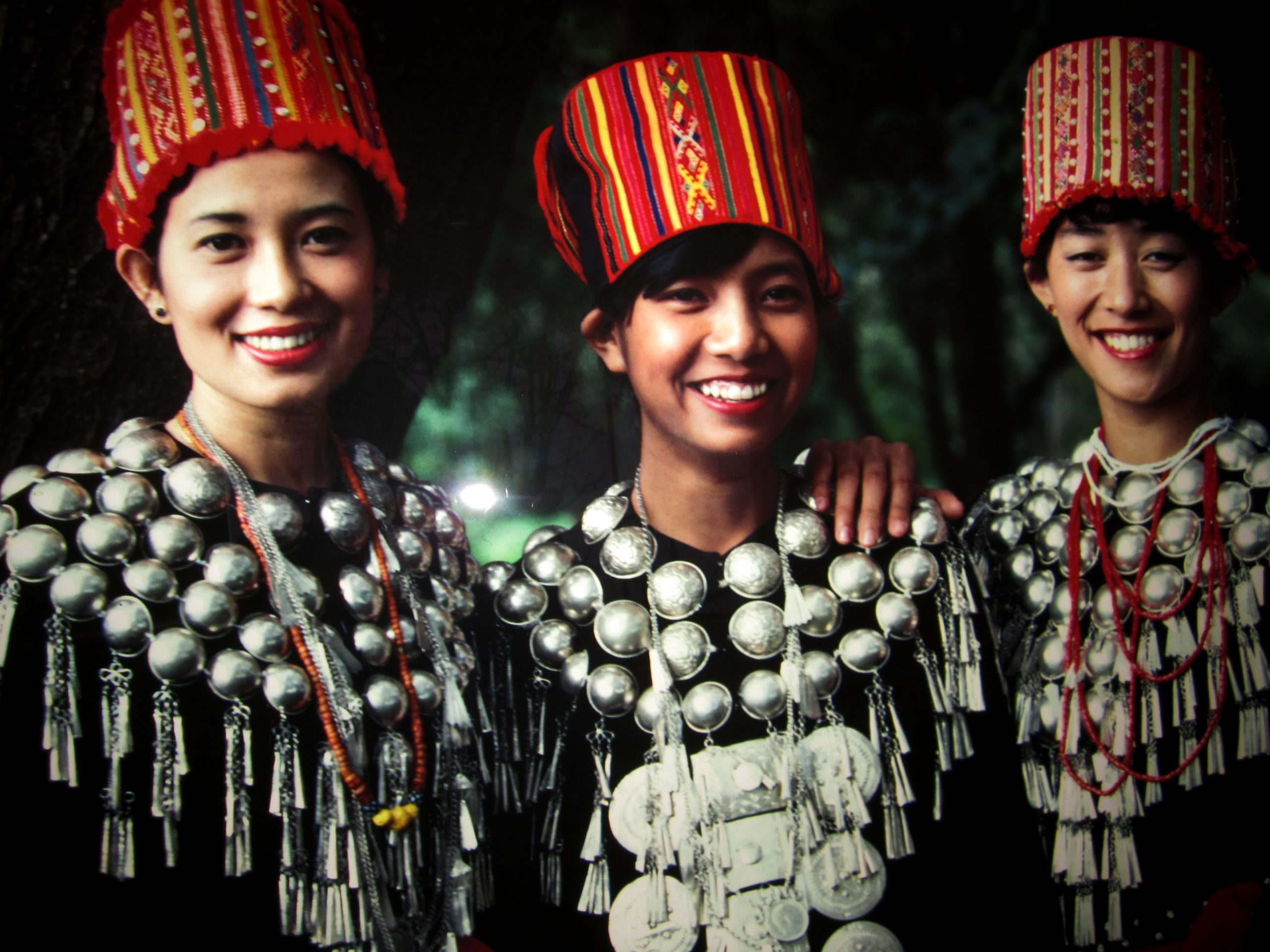 Hopes for national reconciliation among Myanmar’s ethnic groups have been buoyed by an exhibition celebrating Myanmar’s rich cultural diversity. But the realities on the ground indicate people and cultures are under threat.

“The Vanishing Tribes of Burma” is now on permanent display at Yangon’s National Museum following its launch at Inya Lake hotel on September 28-30. The exhibition showcases 70 photographs by Richard K. Diran, who spent 17 years documenting around 40 distinct ethnic groups, some of whom had been virtually untouched for centuries.

In 1997, his book The Vanishing Tribes of Burma was launched at the United Nations office in London, and was published in the US and France. It is widely considered to be the most comprehensive study of Myanmar ethnography since British Commissioner Sir George Scott’s five volume series was published in 1900.

Diran first came to Myanmar in 1980 in search of sapphires and rubies, which lead him to some of the country’s most remote areas.

“I started to notice pockets of indigenous tribes with customs and dress of a bewildering variety,” said the gemologist during the exhibition launch at Inya Lake Hotel.

“When I first came [to Myanmar] 33 years ago, I had no idea of the window of opportunity I had at that time to record those tribes. everything has now been inextricably altered,” he told Mizzima Business Weekly.

Diran explained that a variety of factors are responsible for extinguishing traditional culture and practices.

He recounted his first visit to the Naga region in 1996, when the government opened it up to foreign visitors.

“Tribesmen came running over the hills carrying spears and screaming. They wore clothes made from oxtails, monkey hair, human hair and boars’ tusks. It was the real deal.”

However, just three year later, when Diran once again flew into the tiny local airport, he was greeted by a very different scene.

“The [Naga people] had been ordered [by the government] to wear shorts and a stage had been built,” he said.

Although many of the practices he documented are now died out, Diran hopes that his exhibition will foster national reconciliation in a country that has long denied ethnic minorities equal rights.

Back in 1947, the Panglong Agreement was signed by representatives from the country’s major ethnic groups. The initiative to grant ethnic groups equal rights and administrative autonomy was led by independence leader General Aung San, but he was assassinated just six months later and subsequent civilian and military leaders have refused to honor the agreement. This has resulted in longstanding armed conflict between the military and various ethnic groups, while the militarization of ethnic areas and accompanying human rights abuses has resulted in the displacement of hundreds of thousands of people from their indigenous lands and the abandonment of cultural traditions.

“Everybody could have joined hands for the betterment of the whole nation, but when they killed Aung San, the dream ended,” Diran said.

He cited the example of the Padaung tribe from Kayin State: countless numbers of whom fled to the Thai border due to armed conflict with the military during the late 1980s and early 1990s.

As Diran explained, “There was a lot of the warfare going on in Kayin state, so the Padaung fled to the [Thai] border and stayed.”

Now in Thailand it is a human circus, said Diran, referring to the Long Necked Padaung refugee villages around Thailand’s Mae hong Son area, which quickly became a tourist site of questionable value. Padaung women wear brass coils around their necks that can weigh up to 22 kilograms and stand as tall as 30 centimeters. Although the custom was dying out in Myanmar, the money earned from tourism has reinvigorated it.

“At the time I was documenting the tribe, there were no Padaung women in Thailand wearing neck coils. My photographs were taken in their villages,” he said.

It was during Diran’s time in Kayin State that his life was often in danger – though he claims, never as a result of hostility towards h his efforts to document various tribes.

“I’ve been shot at and once an 80mm mortar exploded not too far from me. I lost my hearing for three days after that. But it was nothing deliberate – I was just in the wrong place at the wrong time,” he told Mizzima Business Weekly, referring to the bouts of fighting that often broke out in the 1990s.

When asked whether there is a possibility that unknown tribes may exist in Myanmar, Diran said, ”I don’t think so. Sir George Scott went virtually everywhere. That guy kicked down doors; he was unbelievable. I have utter respect for him. however, in terms of whether there are practices going on that are undocumented, I think if you went up to some of the mountains of the Naga area, there could be.”

Diran remains indebted to a network of people who provided him with the necessary support for his expeditions, but whose names he cannot disclose.

He was faced with a number of logistical challenges while travelling in Myanmar prior to its opening up to the outside world.

For example, at the time Diran was undertaking his early photography efforts, tourist visas were limited to a maximum of seven days.

“So I would come in, set up everything for the next trip, fly back to Thailand, get another visa and fly back and accomplish what I’d set out to do. It was expensive,” he said.

However, although there is little sense it will happen, Diran said that his “hope is that since that this country was so isolated for so long, that the [government] can skip a lot of the problems and learn from the problems their neighbors have suffered. Maybe they won’t pollute rivers by building a lead refinery next to water resources, as was the case in Thailand. I’m hoping that because this country has been so late in development, it can skip past a lot of the problems that technology has now solved.”

Diran also believes that the “current progressive government” of Myanmar could be “incredibly successful” if long-term development is prioritized. What will happen to what he calls the vanishing tribes is uncertain, though he clearly wants to put an optimistic face on their fate in the face of displacement and the inroads of the modern world.

“I hope Myanmar people can be reconciled and come together for a common purpose – that’s what I’m hoping for and that’s what the exhibition is all about. I hope we’re successful,” he told Mizzima Business Weekly.

Diran’s efforts are also supported by Aung San Suu Kyi, who received a copy of The Vanishing Tribes of Burmain 1998 while she was under house arrest.

During her speech at the exhibition launch, she thanked Diran, “for bringing beauty into my life at an unexpected time.” Suu Kyi put a positive spin on a country wracked by problems and divisions, where minority groups have suffered and will continue to suffer on the troubled road to development and a more open country. The challenges for minority tribal and ethnic groups in other parts of the world offer few positive examples to offer promise for Myanmar.

“We want Burma to be a success story but there is much to be done. Burma is at a crossroads, so we all have to work together to achieve the goal of national reconciliation,” she said.