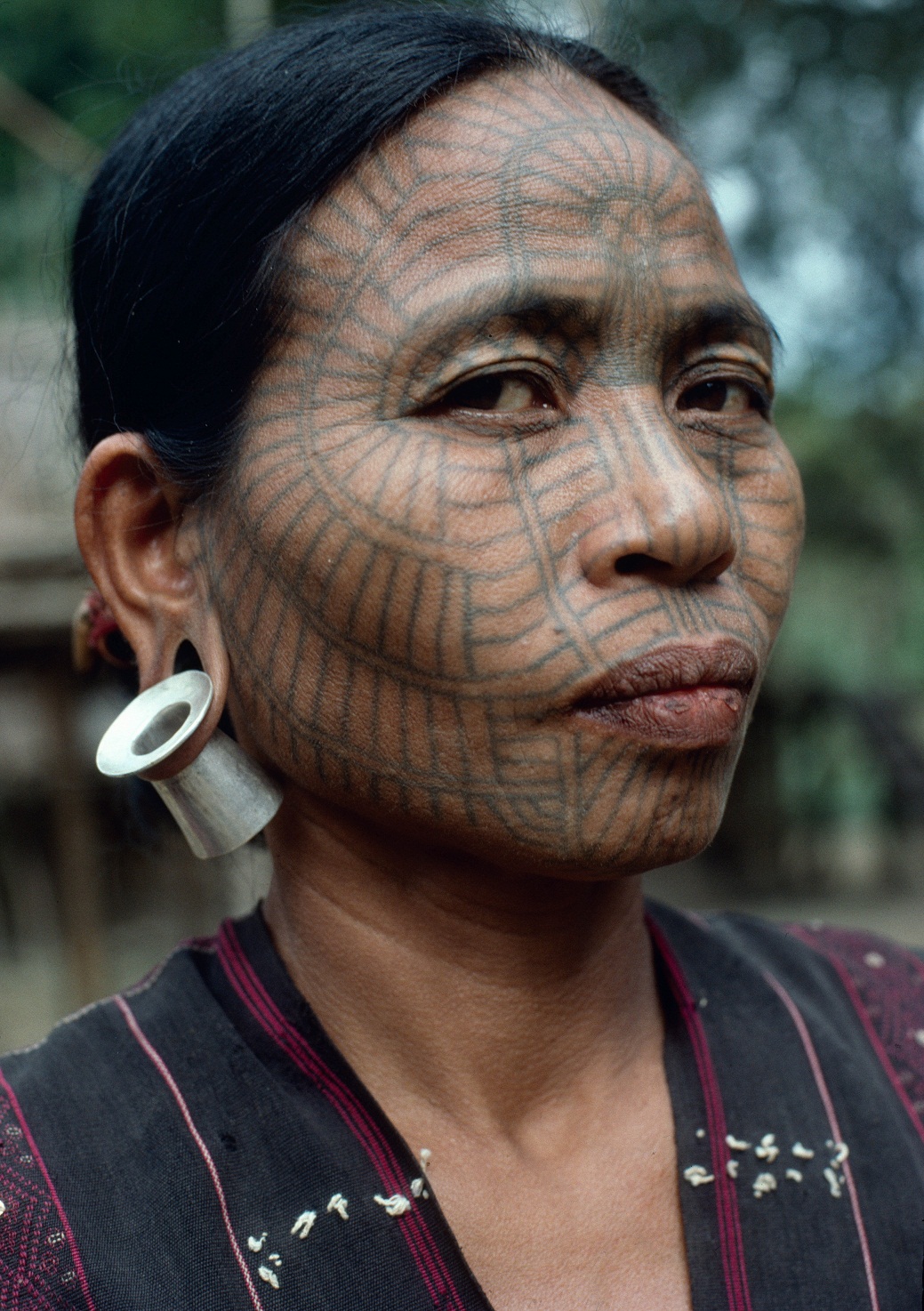 When Richard Diran first came to Myanmar in 1980 as a gemmologist searching for rubies and sapphires, he soon realised he had stumbled upon the world’s most ethnically diverse, yet virtually undocumented, nation of peoples.

“I was drawn further and further out into the hills to find better rubies and sapphires closer to the mines,” he told Spectrum.

“I started to notice a variety of people in incredible traditional costumes. I began studying ethnologists who had gone up into hills and recorded these people.”

Diran’s “tribal Bible” was a five volume series published in 1900 by Sir James Scott, which was the most comprehensive ethnothographical study ever completed.

“I decided to follow in his footsteps,” he said.

Diran, who is also a graduate of the California Institute of Art, spent the next 17 years photographing the cultural practices of more than 35 tribes. In 1997 The Vanishing Tribes of Burma was launched at the United Nations in London to mark the decade of the world’s indigenous people, and it has since been republished in the United States and France. The book is considered the most complete set of existing pictures of Myanmar’s astonishing ethnic diversity, which officially stands at 135 distinct groups. Seventy images from the book will be exhibited at Yangon’s Inya Lake Hotel from 28 to 30 September, after which time the collection will be donated to the National Museum for posterity.

Diran said The Vanishing Tribes of Burma exhibition aims to promote national reconciliation in a country that has for decades been at odds with its cultural identity.

However the ushering in of a quasi-civilian government in 2011 that ended 50 years of military rule presents a fresh opportunity for peaceful coexistence, Diran believes.

“Myanmar is now looking for a way forward for national reconciliation, which is why it’s an excellent time to host this exhibition. It would have been impossible to do this two years ago.”

However Diran does not regard Myanmar’s past leadership as being wholly responsible for the loss of so many ancient cultural traditions in Myanmar. He believes there are a variety of factors at play.

Countering the widespread lack of awareness about ethnic diversity is a key first step in achieving reconciliation, he said.

“I can assure you that 99 percent of the people living here in Rangoon haven’t the slightest idea who is living in these isolated areas. They’ve never seen them – ever. And I think that it’s time that they get to know their neighbours,” he added with a laugh.

Diran said that it would be impossible to replicate his work, because many of the cultural practices he documented are now extinct.

“The vanishing of cultures and traditions is now irreversible because everyone wants to be linked to the modern world. You can’t stop progress – if that’s what you want to call it. Technology changes things and that’s just the way it is.”

He cited the Taungyo tribe as an example. “In the old days, women wove their own silks. Now they just go and buy it from the market.”

And sometimes traditions die out for seemingly inexplicable reasons.

“The Hkahku women were famous for wearing huge amber cylinders in their ears, which were maybe an inch thick and six inches long. There was a lot of amber in Kachin State. But this tradition was already disappearing at the time I was trying to document the Hkahku. I have no idea why though… People just seemed to lose interest in boring a large hole in their ear and wearing cylinders.”

Using his extensive network of contacts, Diran tracked down a Hkahku woman with amber cylinders, and promptly photographed her.

“Six months later they couldn’t find one such woman. Not one,” he said.

Likewise, it used to be common for Chin women to tattoo their faces – the intricate designs represented various clans, such as the tiger or leopard clan. This too is becoming increasingly rare.

Other practices were lost as a result of external forces. The Akha people, as Diran explained, once had a written language that was inscribed onto buffalo skin. However when a famine struck, people were forced to boil the skins and eat them.

“So they internalised their language into an oral tradition that spans 40 generations,” he said.

Artistically, Diran said that his favourite tribe to photograph was the Naga people, who live in isolated areas of north western Myanmar.

“These guys were real warriors, and had muscles like goats. Their faces were stone cold, with glazed eyes. They wore tiger claw necklaces. And I knew that they themselves, or certainly their fathers, had taken heads.”

Diran explained that the Naga raided other villages not as revenge against some misdeed, but as a symbolic ritual of manhood.

By comparison, the Wa tribe, who live in Shan State and Kachin State, “were more indiscriminate – they would take any head,” he said matter-of-factly.

Diran once had the opportunity to interview the formidable king of the Wa, who told him that the season for tribal killings is April and May, and that the most prized heads were either Indians, Manipuris or Bengalis “with long beards”. The king told Diran these heads were “good for agriculture.”

In one Wa village, a whole pathway was lined with lanterns containing human skulls.

“I didn’t see that though – by the time I visited the village, the Communist Party had smashed all the skulls.”

However Diran said that the repeated allegations of cannibalism among the Wa people are unfounded.

When asked whether some cultural traditions he observed were difficult to stomach, Diran replied, “Not really. It didn’t seem that anyone was being forced into doing anything.”

He remembers two young Lakha girls explaining that there was just one month a year when marriages were permitted to take place. When and who a person could marry was determined by throwing chicken bones into the air and seeing which way they landed.

“If the women weren’t happy with the result, the process could be repeated. But if that still didn’t work and if they’d had improper relations with someone else, they were given a length of rope and a hole was dug: they were expected to hang themselves from a bamboo pole.”

This practice was recorded by Scott in 1900 and had ceased to exist by the time Diran interviewed the Lakha. Another extinct practice was the putting to death of twins by Akha people, who believed that only animals had multiple births and it was impossible to tell the “good” twin from the “bad.”

Another interesting facet of tribal life is outcast villages, which Diran said continue to exist today.

“If a group from a certain village didn’t agree with certain harsh practices, for example, if young people didn’t feel like hanging themselves, they would run away and create a new village. People from different tribes who were also rebelling against local customs society would join that village too.”

Diran said that while the majority Baman (or Burman) ethnic group have long been considered outsiders, he observed peaceful coexistence among all the tribes he encountered. In fact, he believes the integration through commerce, for instance, is another reason why traditions die out. This is particularly true in the case of men, who for the most part resembled Shan men by adopting “dark, baggy blue trousers.”

“In order to do business and conduct commerce, [men] have to resemble the people they are doing business with,” he explained.

Diran also learned of how some tribes would adopt children of other tribes, for example, when the parents of an Akha child fell into debt due to opium addiction.

The coexistence Diran observed firsthand among different tribes is one reason he is optimistic about national reconciliation in Myanmar, though some concerns remain.

“I would hope that [in future] people aren’t forced off their lands and the search for natural resources doesn’t drive indigenous people away. But this has happened in many countries in the region, such as Cambodia, Laos and Vietnam.”

“I really don’t know the prescription for human greed,” he added after a pause.

Diran said the impetus behind his exhibition is to “try to draw all the diverse people in this country together and to make everybody aware of each other’s incredibly rich tapestry of culture.”

He added that if the “current progressive government” of Myanmar prioritises sustainable, long-term development, mistakes that have been made elsewhere can be avoided.

“[The government] could move this country forward in a way unlike anything like the world has ever seen.”

Diran is also greatly encouraged by the support Aung San Suu Kyi has lent to his efforts. In 1998, while the democracy icon was under house arrest, Diran sent her a copy of his book. He received a reply thanking him for his sympathy towards the plight of Myanmar’s ethnic minorities and she expressed hope that one day there would be an opportunity for them to meet. This will take place on Saturday, when Aung San Suu Kyi will also give an address during the exhibition’s launch.

“My personal belief is that because of who Aung San Suu Kyi is and who her father was, and what his goal was for national reconciliation, that this is her dream too. I believe that’s what she wants to move forward as a nation. I am completely with her on that. And I think it can be done.”

I’m brand new at “blogging” but I finally realized this might be a way to get in touch with like-minded people. I care very much about not just the survival but prosperity of tribal/ indigenous peoples all over the world, and, even though I realize it would be a massive and incomprehensible change, dream of a world pre-Agricultural “revolution”.
What would be the best way for me to help make this a little closer in the oh so very distant future?
I have an English Lit. degree, an excellent mind, great listening skills, and am quick to learn languages. I’m open to any helpful suggestions!
Oh, and I know that tons and tons of people all over the world are trying to help and making a difference. I just want to become one of them.